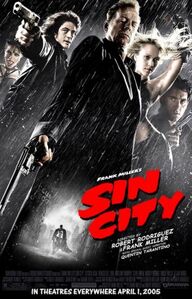 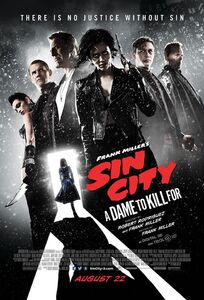 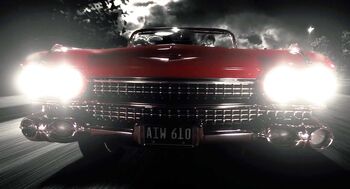 Cadillac Series 62 Convertible is a vehicle seen in the films. 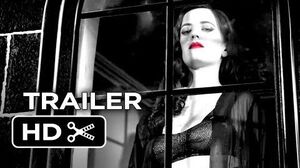 Sin City is a series of neo-noir comics by Frank Miller, an American writer and artist. The first story originally appeared in the Dark Horse Presents Fifth Anniversary Special in April 1991 and continued in Dark Horse Presents #51–62 from May 1991 to June 1992, under the title of Sin City, serialized in thirteen parts. Since then, several other Sin City stories of various lengths have been released. All of them take place in Basin City with frequent recurring characters and intertwining plot lines.

A film adaptation of Sin City, co-directed by Robert Rodriguez and Frank Miller with special guest director Quentin Tarantino, was released on April 1, 2005. A Sin City sequel is set for release on August 22, 2014. Despite being primarily based on the story A Dame To Kill For, it will have an open storyline so that characters that appeared in the previous film can return.